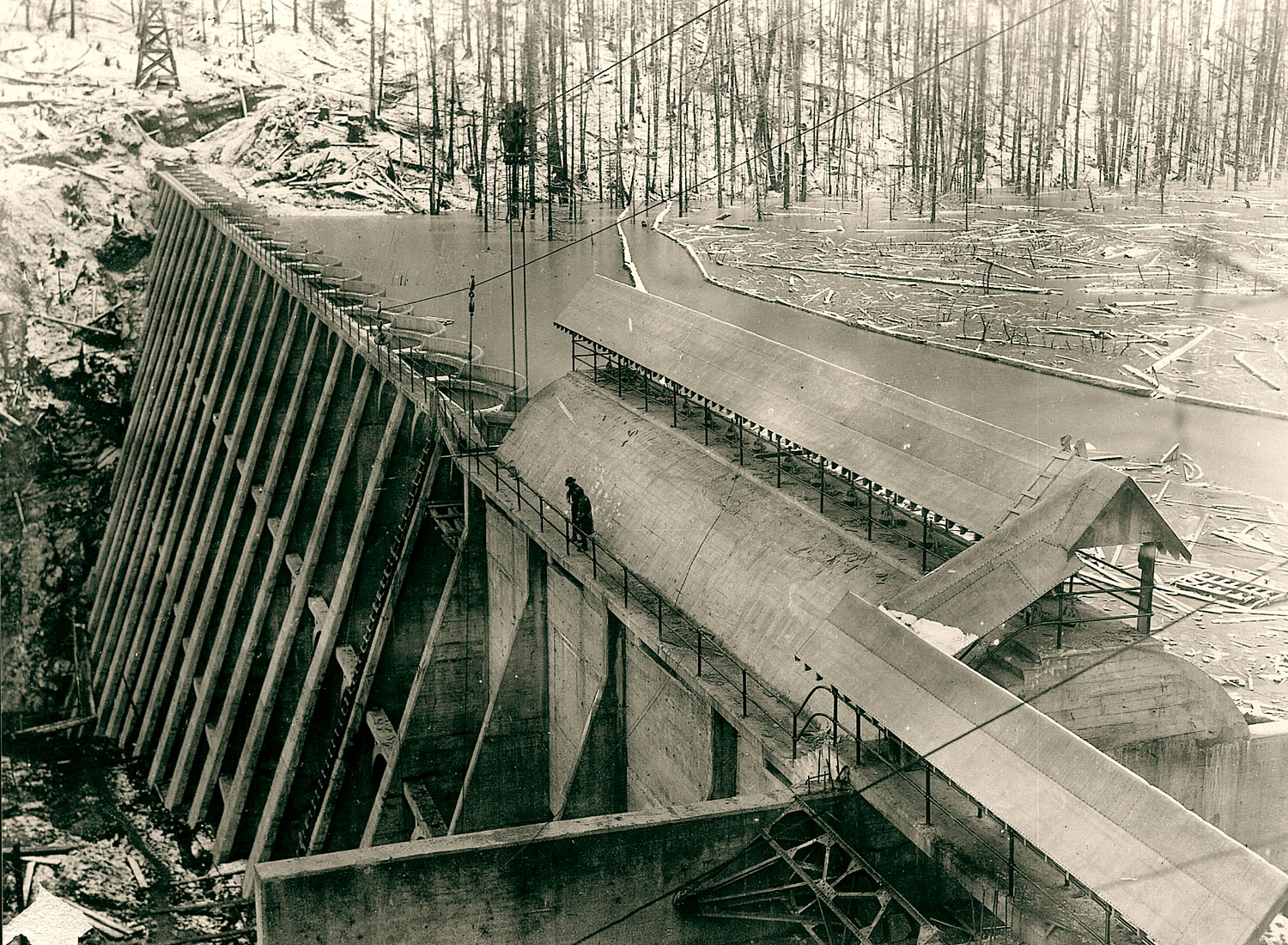 t is Jan 11th, 2003 and we are back from the Christmas & New Year’s break. In late 2002 we submitted to B.C. Hydro voluminous binders packed with Engineering, Fisheries, Hydrology, Mapping, Wildlife, Socio-economic, Archeological, Foreshore Impacts, Inter-connection and other valuable information about our Hydro Electric projects to the Corporate offices of BC Hydro for the 2003 Green Request For Qualifications (RFQ). We await the decision which will pre-qualify about 35 applicants to provide 800 Gigawatt hours of green power for domestic and industrial loads in BC. Successful short listed proponents will get to bid for a Power Purchase Contract with BC Hydro. We ultimately do not make the short list apparently due to the presence of existing storage dams on both of our projects. Despite the fact that the dams are pre-existing and currently dormant Canada has what is called an “Ecologo” standard and this standard in essence states that “generating facilities equipped with Dams containing more than 48 hours of storage may be “clean” but are not “Green” by the Canadian standard. We are not at all discouraged by this development and we press on. The fact that we have about 32 days of storage capabilities at Anyox and 60 days on the upper Kitsault River is valuable to end purchasers even though the current marketplace does not necessarily reflect this fact.

We have been told by other Independent Power Producers that it is a long and often rocky road to obtain necessary water licenses and land tenures. And once these approvals are in place the Independent Power Producer must still secure an acceptable Energy Purchase Agreement (EPA) and financing. We are still in the very early stages of our endeavor but our progress has been steady.

In spite of the fact that we do not make the B.C. Hydro “Short List” our team decides to push on and complete all of the remaining requirements for our water license applications at Anyox Creek, Kitsault River, West Kitsault River and Homestake Creek. We have scouted out the former powerhouses, storage dams, diversion works, head ponds and penstocks on each of the former plants on Anyox Creek and on the upper Kitsault River. Preliminary engineering is well under way and our friends at EES Consulting are really enjoying the field work and the Northern hospitality that goes along with it. We have local trapper Charlie Fleenor working again with us this year and Charlie’s local knowledge is invaluable. Charlie is also very used to co-existing with the very strong local Grizzly and Black Bear populations and the guys feel a lot safer in the field with Charlie along.

Our decision to proceed ultimately pays off and we are granted our Water Licenses in July of 2003 for our projects at Anyox and on the upper Kitsault River. None of this would have been possible without the assistance and support of the Nisga’a Lisims Government and the local community of Kincolith (Gingolx) and the Gingolx Village Government. The Nisga’a community has provided us with valued employees, crew transportation services, fuel and other essentials for our projects. An economic development and community involvement program was designed and funded in 2003 with the assistance of Neil Okabe, General Manager for the Gingolx Development Corporation. Council Members of the Gingolx Village Government, Chief Councilor Nelson Clayton and Anyox Hydro president Jeff Wolrige signed off on a broad based economic agreement in Vancouver early in 2003. We are also indebted to Land and Water B.C. who took time to visit each of the project locations and helped to guide us through the licensing process in a timely and professional manner.